We have a paper accepted to OOPSLA 2007!

Introductory programming course have two very specific difficulties for novice students. First is the lack of real world examples in the sessions. It is very difficult to find areas of application where all the students are familiar enough and that offers challenging and engaging examples. Second it is the lack of palpable results of the job done. Introductory courses in other fields generate products that the students can show to others, and feel proud about it. In CS1, for example, explaining loops by printing a series of numbers on the screen doesn’t yield the same sense of accomplishment as drawing a basic perspective in an architecture course. We propose using Project Hoshimi [1], a Microsoft Platform, as a base for introducing computer programming to CS1 students. Through the paper we discuss how it could be implemented in the classroom, the main advantages and disadvantages in our experience of using Project Hoshimi, comparing its use against other more traditional approaches, as well as against other graphic programming methods such as Alice or videogame based learning.

This is our poster presented in the Educator Symposium at OOPSLA 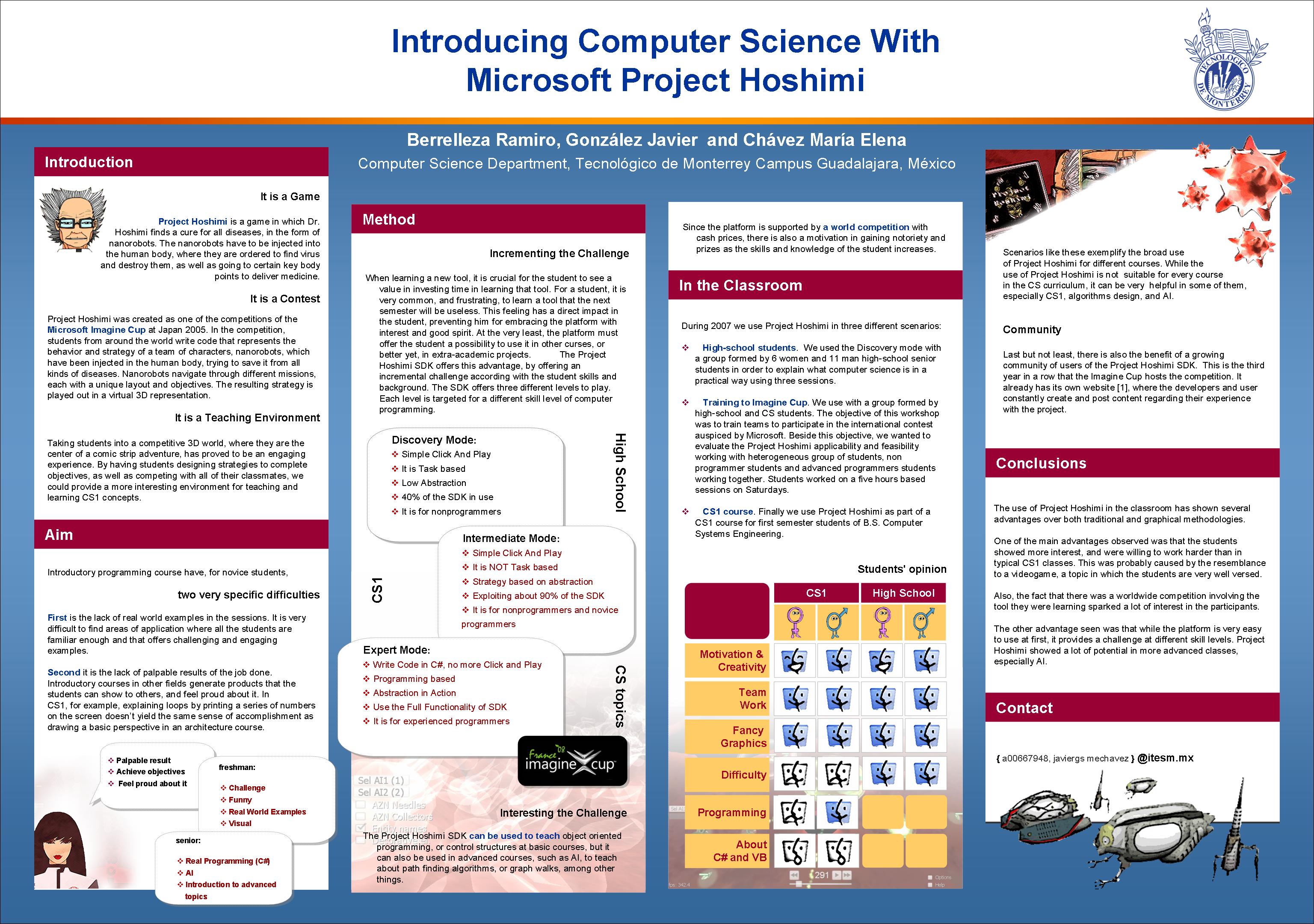